10 alumni to participate in 2022 National Championships

As we approach the end of March Madness in both Canada and the USA, the last teams still standing are preparing for their championships.

For the first time, in the Kingston Impact’s history we have 10 (yes 10), alumni participating in these championships on both sides of the border including 6 who will be playing at in Kingston.

On the women’s side, University of Connecticut standout 6’2” F Aaliyah Edwards (Frontenac S.S./Crestwood Prep), has played a key role in getting her team to the NCAA Women’s Final Four. This is her 2nd Final Four appearance in as many years.

As the 7th seed in the draw, the Queen’s roster boasts 3 former Impact alumnae in:

On the men’s side 6’4” G/F Connor Vreeken (Frontenac S.S) will be helping Carleton University defend their 2020 championship title in Edmonton. Joining him will be brothers, 6’5” G Cole Syllas (La Salle S.S.) and 6’3” Luca Syllas (La Salle S.S.) who have been instrumental in helping the Queen’s Men’s Basketball team to the national championships for the first time in 60 years! Their upset win over Carleton in the OUA East final was one of the biggest OUA upsets in recent memory.

The women’s championships start on Thursday March 31, while the men will start on Friday, April 1. 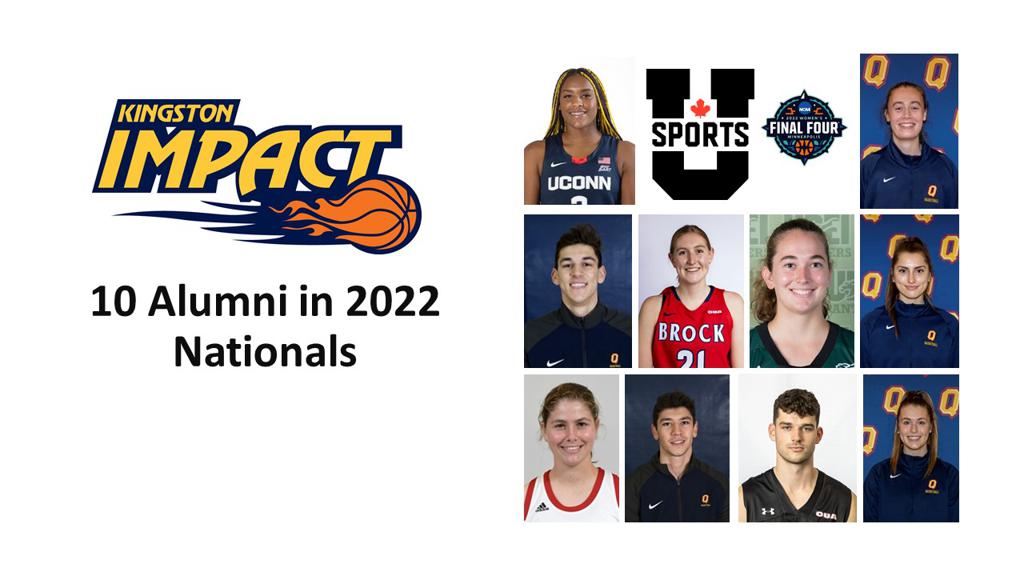